Why you should know the social and environmental effects of “superfoods” 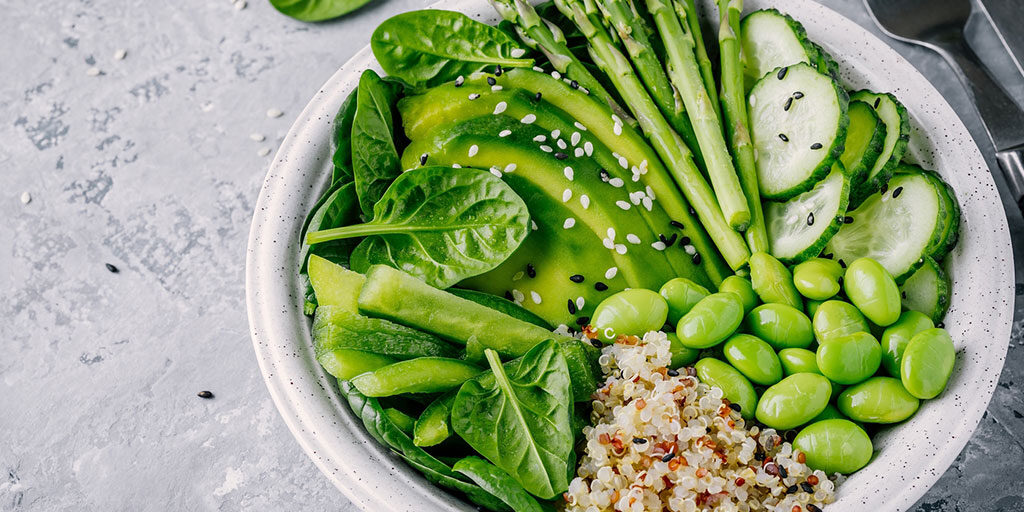 Avocado, quinoa, soybeans…The western world’s ‘hunger’ for the so-called superfoods is having disastrous social and environmental effects in their origin countries. This is the other side of the coin which you need to consider when you go shopping.

Maybe you are already aware that some items in your grocery list come from serious food miles, having therefore a bigger footprint on the planet, because of their long-distance transport: according to the World Watch Institute transporting food is one of the fastest-growing sources of greenhouse gas emissions and each year 817 million tons of food is shipped around the planet.

But they are tasty and exotic, making you feel hype and with a stronger health, even though it might in some cases be only the feeling. So maybe you are trying to compensate with other eco-sustainable behaviors, perhaps cutting down your meat intake, choosing organic food when you can afford it, or preferring a Fairtrade brand for your morning coffee.

Unfortunately, although food miles are definitely an issue, the greater problem of these trendy superfoods lies on what it takes to mass-produce these products and how it affects the population of their origin countries.

What’s with this superfoods trend

Before going any further, it is important to clarify what exactly is a superfood? And, how did they become so popular?

In reality, “superfood” is a marketing term used to promote foods that are extraordinarily high in nutrients and low in calories. That is, as you can see, a very comprehensive definition and it is not that easy to justify what makes these products so super.

Maybe that’s why, as of 2007, the marketing of products as superfoods has been prohibited in the European Union, unless accompanied by a specific authorized health claim supported by credible scientific research. The European Food Information Council also stated that it was impractical for consumers to have a diet based only on presumed superfoods, when nutrients are provided readily from a diet using diverse foods, especially including fruits and vegetables.

Still, the more exotic and far distance these over-praised foods are, the more super they sound. That is where the problems begin.

How superfoods affect their origin countries

Rich countries have discovered these supposed miracle products far from home in less developed regions. Foods that often are an important part of the diet of the local people.

The effects of the “quinoa fever”

In some cases, the sudden increase in demand coupled with the emergence of new producers makes prices unstable, and populations are unable to adapt, like the quinoa example in Bolivia and Peru, that made so many newspaper headlines. When this quinoa fever started, its price skyrocketed due to excessive demand that have created shortages, pushing up its value. Even though the increasing price seems to have been beneficial for South American quinoa farmers by boosting their income, however, with quinoa continually becoming more expensive, the traditional consumers of this food can no longer keep up. Even the farmers prefer to sell this nutritious food, rather than consuming it themselves, purchasing in its place cheaper Westernized and not so healthy alternatives. This has raised deep concerns around potential nutrient deficiencies and unbalanced diets in these regions.

The huge demand for quinoa has also generated environmental concerns, to meet a larger production that obviously requires more resources. Also, the increasing use of machinery is putting at risk the soil’s fertility and the amount of water required for quinoa to flourish is not sustainable. As farmers try to take advantage of this craze, they unknowingly threaten the longevity of their business and source of income.

This is also happening in other countries, where the overproduction of products such as acai berries or almonds is leading to soil erosion, water depletion and land degradation.

Another clear example where it is the environment that suffers is from the soybeans cultivated in the Brazilian Amazon that are in part responsible for its deforestation. Over a decade ago, somewhere between 2014 and 2015, due to a rising demand for land to grow soy the Amazon was being destroyed at the second highest rate ever recorded. And it was found that, until then, 30 percent of soy expansion occurred through deforestation. Happily, in 2006, with the release of a Greenpeace report uncovering the relation between the deforestation in the Amazon and soy plantation, a powerful agreement between the Brazilian government, the soy industry and civil society organizations, called the soy moratorium, was established. With that moratorium companies compromised not to buy soy from farmers who clear the rainforest, use slave labor or menace indigenous lands. After it happened, only about 1 percent of the new soy expansion came at the expense of forest.

Other issues connected to superfoods

But there is more to it. Regarding far-flung superfoods there are even stories of arms trafficking associated with transporting food, like the case of the Nile perch exposed by the documentary Darwin’s Nightmare. The film debates the effects of the introduction of the Nile perch to Lake Victoria, in Africa, and how it has negatively affected the ecosystem and economy of the region. But it also reveals the dichotomy between European aid to Africa and the smuggling of arms and munitions from European traders that are flown in on the same planes that transport the Nile perch on their way back to Africa, feeding the very conflicts which the aid was supposed to remedy.

Further more, there is the financing of drug trafficking cases, as with avocado, that became an important source of income for Mexican drug gangs. What people from Michoacán, known as the only place on the planet where the fruit can be grown all year round, had formerly called their “green gold” had become ‘blood avocados’, when the local drug cartel started demanding a fee for every box of fruit gathered and allegedly killed some of those who were unable, or unwilling, to pay ransoms.

How can we make a more ethical consumption?

The question has been raised: Can we not get enough nutrition without consuming these novelties from thousands of miles away? When grown organically, some local foods can be as nutrient-dense as any of these foods and are a much better choice.

Instead of spending your money on a bag of foreign avocados, consider eating bananas for the potassium intake and strawberries or oranges for the vitamin C, depending on where you live. You may also include some nuts or seeds to make up for the needed monounsaturated fats. This way you will have a smaller carbon footprint and be just as healthy for it. More importantly, you will not feel guilty for participating in the degeneration of people’s lives from where these products come from.

All fresh and organic wholefoods have useful nutrients, which complement each other. That is why it is so important to have a varied intake and balanced diet. Ideally, products should be locally grown to ensure they contain maximum nutrients, because the longer they have been harvested the less nutrients remain.

That doesn’t mean you can’t occasionally eat a very singularly tasty avocado, but if you are worried about ethical consumption and want to do your part to help solve some of the cited problems, you should at least reduce your intake of these exotic foods as much as possible and try to eat fruit and vegetables only when they are in season.

You may also use apps such as Buycott, which can help you to identify where products come from, who ultimately owns the resources involved, whom the stakeholders are and what sorts of ethical issues there are with respect to these products.

If you enjoyed this article, please share it with your friends. By doing so, you help raise awareness for a more ethical consumption. Many Thanks!

ethicalconsumption.org: What does ethical consumption mean?

The Most Concerning Environmental Topics and Trends of 2019
March 9, 2019