Are insects our future food? The decrease of insect population should really bug you 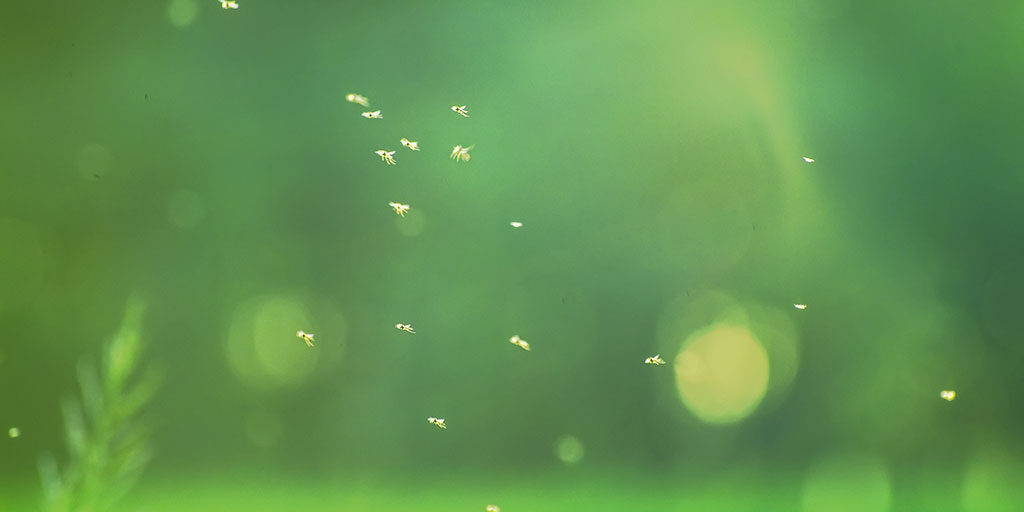 Are insects our food of the future? You might love them, you might hate them…but we all need them. If you find insects quite gross and mostly inconvenient, because they are always getting into the wrong places inside our house or chewing up our plants and lawns in the outdoors, you need to change your thinking. We would not be better without these little bloodsuckers and crop-eaters, as a healthy ecosystem depends on them. In addition, food made of of insects is trendy. In this article you will find more reasons why it should bug you that the insect population is decreasing.

What do we need insects for?

Even mosquitoes are important food sources for fish and other animals. Although you could avoid them by moving to a cooler place on earth where they don’t exist. Such places are Iceland, Antarctica or other “”mosquitoe-free” places as New-Caledonia, French Polynesia and the Seychelles (read more about this topic in this article with information provided from the Institut de Recherche pour le Développement (IRD)). But we need to get used to the fact that we need this little pests, as they are a very productive part of a healthy ecosystem. Within the circle of life and the planet’s food chain plants, animals and humans need insects in order to live.

How do you measure a decline of insects?

You may have noticed less insects around the streetlights on warm nights lately, or less insects smashed on your car’s windshield on those lengthy summer drives. Biologists are calling this perceptible decline in flying insects the “windshield phenomenon”.

Scientists have studied the population decline in domesticated honeybees, monarch butterflies and lightning bugs. But still, there isn’t much reliable data on other relevant insects. The existing records generally come from a group of naturalists from the Krefeld Entomological Society, who now brought to light a new set of long-term data. Amongst others they were the tracking insect abundance at more than 100 nature reserves in western Europe since the 1980s.

Every spring from 1989 to 2016, they have set up special tents in the meadows and woodlands of the Orbroicher Bruch nature reserve and 87 other areas in the western German state of North Rhine-Westphalia. These traps enabled the scientists to calculate the quantity of bugs living in each area over a full summer period.

The results of their work were published in the journal Plos One and their findings were quite alarming, because the annual average amount of insects fell by 76% on a 27 year period. The different locations, in which Insects were collected, included grasslands, swamps, sand dunes, wastelands, shrub land and the margins of human settlement. These locations were all protected areas which actually are meant to preserve biodiversity and ecosystem functioning.

As you can imagine, it is unlikely that the dramatic decline is limited to Germany. On a major survey of threats to insect life, published in 2012 by the Zoological Society of London, it was concluded that many insect populations worldwide are in severe decline. For example wild and managed bee populations decreased from 30 to 40 per cent and more In Europe and the United States. Another study, published 2014 in Science magazine, showed a 45 per cent decline over the last four decades from a global index for invertebrate species abundance, also pointing out that out of 3,623 terrestrial invertebrate species 42 per cent are classified as threatened with extinction.

Why should that bug you?

No simple cause has yet emerged for the plight of insects. Researchers cite many factors, such as monoculture farming, ubiquitous use of fertilizers and pesticides, climate change and habitat loss. However, it is extremely concerning that insect biomass is declining at this rate. Many insects have really important ecological functions, as they are responsible for pollinating flowers, provide food for many animals, such as birds, bats, fish, reptiles and amphibians. These animals are further food for other animals. Additionally, insects are hardworking “decomposers” who control pests like weeds and parasitic insects. They also stimulate plant growth by breaking down dead animals, animal waste and other plants which helps fertilize the soil.

Around 80 percent of all Earth plants are angiosperms, or flowering plants, that require pollination. Wind and animals are able to help with pollination, but insects do the majority of work. Without these pollinators, plant life would disappear almost entirely. These angiosperms plants include for example wheat and rice grains, fruits and vegetables, which make up a big part of the human diet as well as the diets from many animals. Thus, most of our food depends on insects and their disappearance would have consequences for all living beings.

Will Insects be a daily food on our tables?

Can you imagine to eat insects? Not only for those daring eaters in Thailand, who feast on beetles and crickets, insects become more important for our daily food. In fact entomophagy (insect-eating) is now a hugely spreading global trend in the culinary scene. Long consumed in Africa and Asia, insects provide very nutritionally balanced source of protein and, unlike meat, have little to no fat. Regarding sustainability, they require very little water, need less food and take up less space than livestock.

A few years ago, a person who found an insect in a restaurant would certainly inform the health authorities. Today it is possible that you can eat insects in many forms and that insect dishes show up on menus in a fancy restaurant in New York. Likewise, Switzerland just became the first European country where food products made from insects and worms are legally sold. COOP supermarkets, which are the second largest chain in the country, have hamburgers or meatballs made from larvae on its shelves.

Let us hope that insects farming upsurges, because it would be a good thing for the environment as well. Even though further research is needed to corroborate the new findings about insects decline in other regions of the globe. Still, agricultural policies from different countries should already be creating incentives for enriching landscapes with hedgerows, reducing fertilizers and pesticides use, and better rewarding organic agriculture. A future without insects is simply not possible for the reasons mentioned.

If you enjoyed this article, please share it with your friends. By doing so, you help raise awareness for our environment. Many Thanks!